We've disposed of our last Ford.

All except for the Focus Trend illustrated have been reliable and good cars to drive. Not so this one, and this is the reason for unloading it. We've also signed up for the class action.

It has been off the road four times as a consequence of the completely unsatisfactory dual clutch auto. Ford calls it "Powershift". Others have coined a different moniker.

The last episode was a broken half shaft, no doubt as a consequence of the juddering that was a characteristic of the transmission during most of our ownership. This last episode, occurring as it did simultaneously with my bride's discharge from hospital after breast surgery was the last straw.

The local Ford dealer (no doubt as tired of these recurring episodes as the owners) was brilliant. They loaned us a Ford Escape for the duration of the repair, which took over a week. The repair didn't cost us, as I'd taken out an extended (5 year) warranty when we purchased the car in 2014. That turned out to be a very good decision.

We traded two vehicles (our Commodore ute and the cranky Focus) on a 2016 Kia Cerato hatch. It has the benefit of a seven year warranty, and because it's a hatch is both dog and bike friendly. If I need to shift stuff, I'll revert to ute hire.


Kia has come a long way in a short time on the Australian market, and they make very good cars as demonstrated by their rapidly improving market share.

Ford, on the other hand, are going backwards. It's a shame, as the small Fords were always fun cars to drive.

I have a number of pics of the SE, so I've decided with this post to create a photographic essay showing the car.

Some show it before purchase, and some with the hardtop fitted.

It needs cosmetic work, and I'm slowly building up to cleaning up the front bumper (damaged by contact with the number plate frame) and the rear wing which seems to be sun damaged.

I've had quotes for the work from a professional, so if I stuff it up (entirely possible) I can fall back to that.

I've coveted one of these for a long time, and this one came up on the interwebs and looked OK. I drove the ute to Newcastle to check it out, and wasn't disappointed.

This particular car is unique, with a special interior fitout which I thought might coordinate with the red hardtop. You can look at the pics and decide whether this is in fact the case.

Whilst this one and the previous car are both MX5s, the driving experience is completely different.

The previous car felt soft and slow in comparison. This one, by virtue of a stiffer set of spring rates, tighter steering ratio, and thicker anti-roll bars is further along a continuum which starts at grand tourer and progresses towards sports car.

There were actually two different versions of turbocharged MX5s sold in Australia. Read all about it
here
It's actually not as pleasant to drive around the burbs, but once on smooth blacktop out of town, it is a revelation.

What I find particularly attractive is its overtaking ability. The previous car could leave you stranded in the passing lane unless you made careful judgements and kept the revs up by downshifting - usually twice.

This one simply goes once the turbo kicks in, which seems to be about 3000 rpm.

It also has travelled less than half the kilometres of the old one, and should therefore cost less to maintain. The turbo setup is Mazda engineered and conservative. A heavy duty clutch and radiator should help with maintainability.

It's not perfect. There's extensive road rash on the front bumper, the paint on rear wing (an SE feature) is faded, and the windscreen is pitted. This windscreen issue seems common to MX5s, possibly because they sit low, where there are more stones and detritus flying around.

Replacing the screen and curing the paint blemishes are both improvements I'll attend to ASAP.

The gearlever knob is also worn, but my friendly local bootmaker can fix that, just as he did for the previous car.

This car does not have the excellent Alpine stereo (with Bluetooth and USB access) that was a feature of the previous car. I thought long and hard about doing a swap, but decided to keep this one original.

This means leaving the six stacker CD player (a feature of the SE) in place, and using a Bluetooth adapter to take calls on the go.

The hardtop creaks a lot more in the SE, possibly as a consequence of the firmer suspension settings, but I can live with that. Generally, most of this can be eliminated with careful adjustment of the catches.

I'll keep you posted with the improvements.

The old car sold within a week, for the same price I bought it a year ago. A generous dad bought it for his son and daughter. His wife also has an MX5, as does his eldest daughter, which means there are now three in the family. 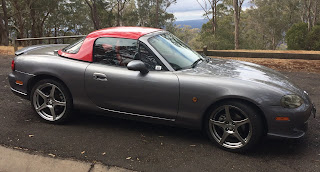 For years I’ve been intrigued with the various iterations of the Mazda MX5.


Owning a couple of them has not resolved this fascination.

Back in the early part of this century, two turbocharged versions of the NB were produced.

The first (called SP) was a Mazda Australia project carried out under the supervision of Allan Horsley, but it was built by Prodrive in Melbourne, the company that builds FPV performance Fords in partnership with Ford.

The second (called SE) was an official Mazda factory version, called Mazdaspeed Miata in the US, and Roadster in Japan and other markets. 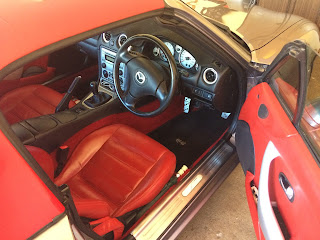 A couple of weeks ago I came across a 2004 SE advertised in . Coincidentally, I was planning a visit to an old army mate in , so combined that with an inspection of the SE.
The car was good, sporting a unique interior fitout. It pretty much sold itself.


I flew to from , and was met at the airport by the obliging owner. Incidentally, the last time I flew Brisbane-Newcastle was on my way to Nasho at Singleton in January 1969.

This trip had a much more enjoyable outcome.

I drove the SE to the same day, and drove Tamworth-Toowoomba the day after. Whilst the boost is mild, it comes into its own overtaking on two lane roads.

The Tamworth-Toowoomba stretch has plenty of stretches of great give and take roads. 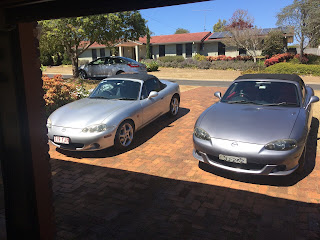 So now I have two MX5s. Given that I haven’t mastered the art of driving them both at once, the original is on the market.

Regular readers will remember previous posts on this subject.

Leyburn Sprints have to be one of the most engaging motor themed events in the country. I've been to many, and the Bay to Birdwood in South Australia is probably the best, but Leyburn is up there with the David Hack meet, another local spectacle.

Toowoomba is well located if you're into veteran and vintage motoring.

What makes Leyburn interesting, apart from its history, is the variety and scope of the competing vehicles. The ability of spectators to mingle with the competitors and get up close to their cars is also unusual.

Because of the laid-back nature of the event, this intimacy is possible because neither competitors or spectators take themselves too seriously.


Some of the vehicles on display were unique. Above is an example. In my opinion, a strange idea beautifully executed. It certainly attracted attention.

The MX5 is well suited to the sprint layout. There's always a few entered.


My dad owned a Vanguard Spacemaster for a few years. It was built like a brick dunny, but needed lots of maintainance, which was a problem as we lived a long way from the dealer.

The Swallow above is the only one in the country. Swallow went on to build Jaguars and the rest is history.


There were two MGfs shown. This one was automatic.


Many mustangs were displayed. This was probably the most original.

The C70 is extermely rare in Oz.

This Leyland P76 went round. It was noisy and spectacular, but probably too big.

Another unique machine with an interesting history.

The day was spoiled somewhat by the lazy* westerlies, but it was enjoyable. 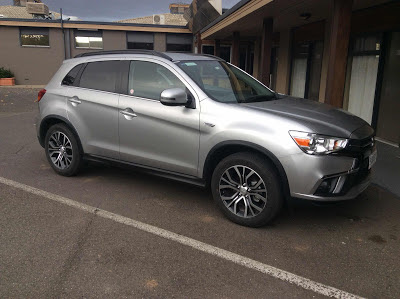 This week I spent some time in Adelaide visiting one of my sons. I stayed in a pub at Tonsley Park because it’s close to where he lives.
I also hired a car, a Toyota Yaris, which was subsequently upgraded to the Mitsubishi ASX illustrated. 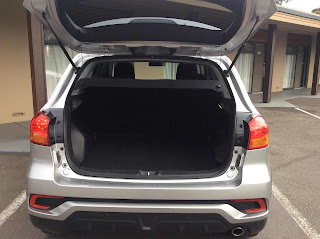 The ASX reminded me of Mitsubishi Outlanders that were provided to me when I was working out west. It felt the same, smelled the same, and was equally unexciting. These days, Mitsubishi sells lugubrious looking cars - well engineered, but very conservative. It’s best feature was Apple CarPlay which helped me find my way around. 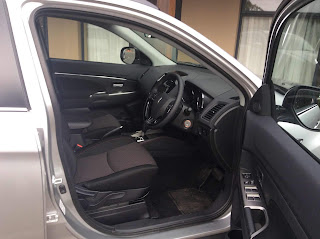 Many years ago, we owned a Mitsubishi Magna (1989) which provided reliable safe and comfortable transport for our growing family.


Back then, Mitsubishi weren’t afraid to innovate.
Sadly, no more cars are made at Tonsley Park.

But the reminders are there if you look properly. Chrysler and Mitsubishi once partnered in Australia. 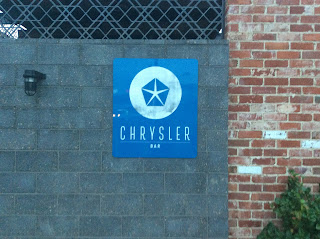 Yesterday was the David Hack Classic, which remains one of the best annual meets in the country.
For me, it offered an opportunity to reconnect with the Queensland MX5 club which was represented with over forty cars from NA to ND.

Apart from Mazda MX5s, there was an amazing collection of classic cars of all shapes, sizes and vintages.

Here is a pictorial record of the event. Hopefully, I haven't mis-identified anything. If I have, please let me know via the comments.